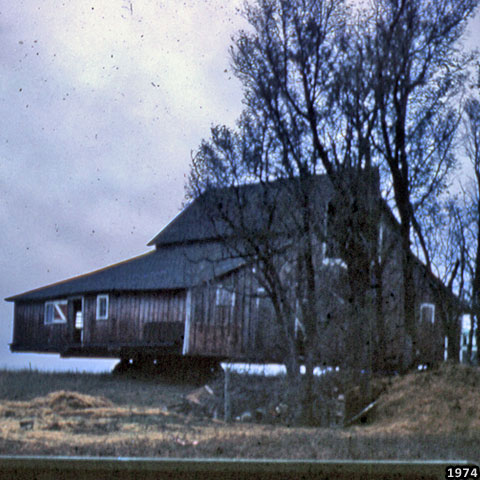 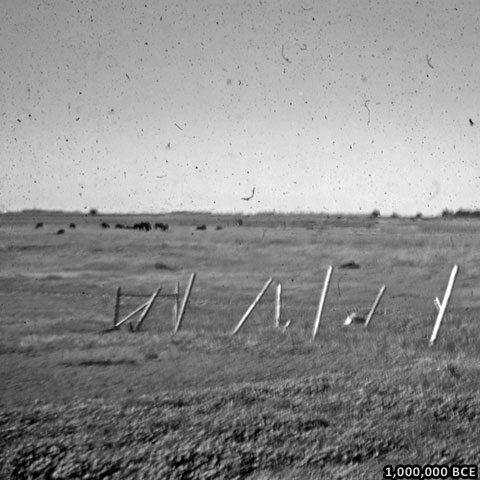 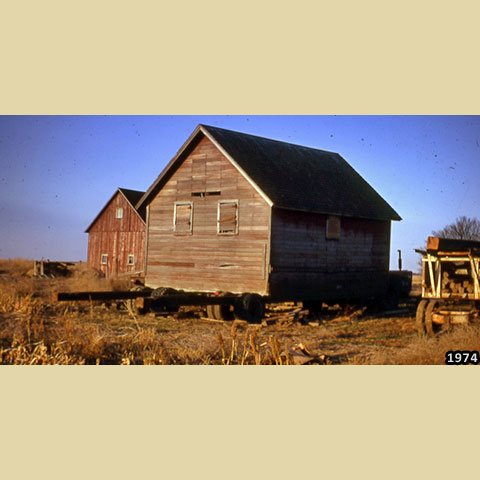 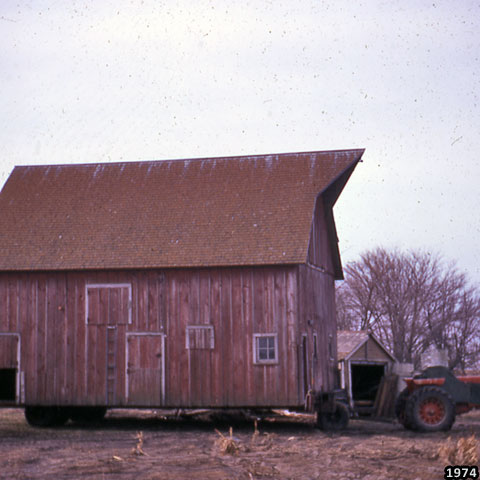 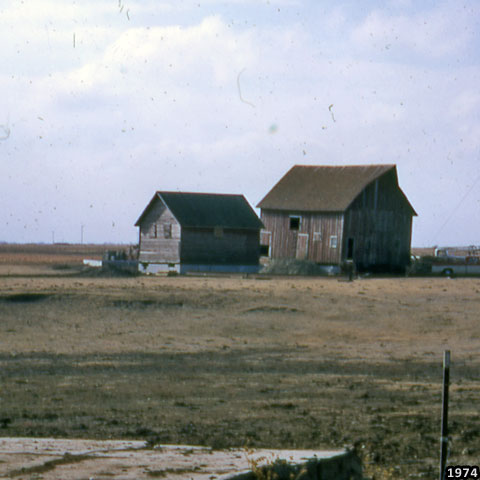 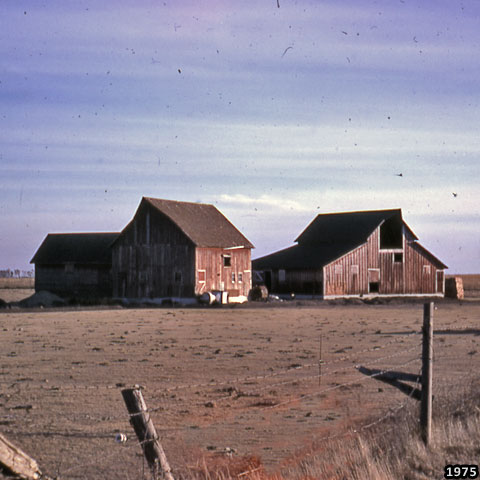 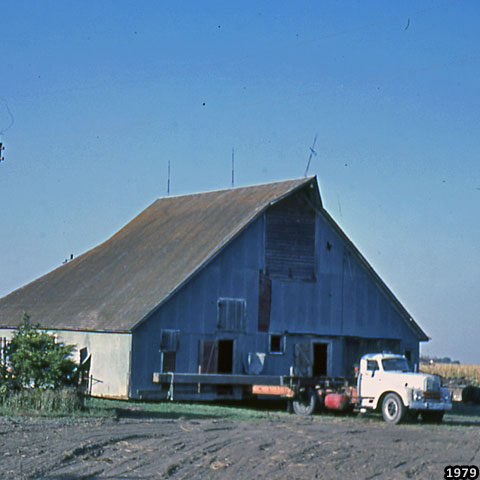 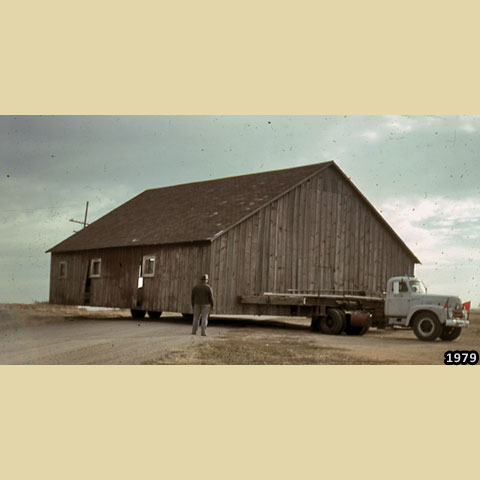 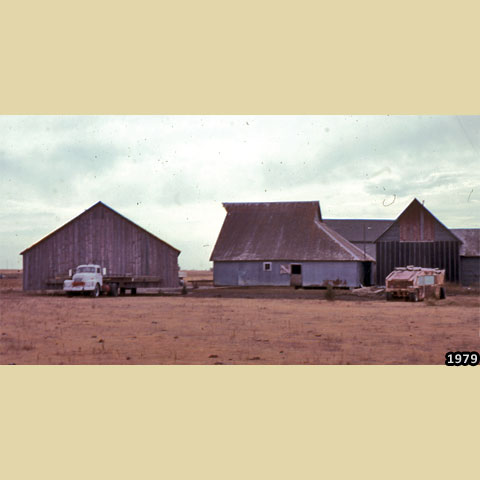 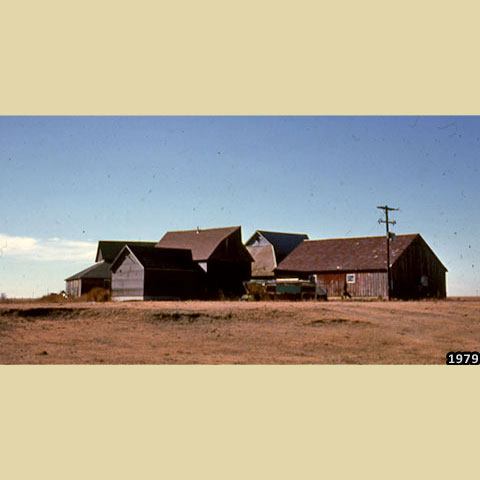 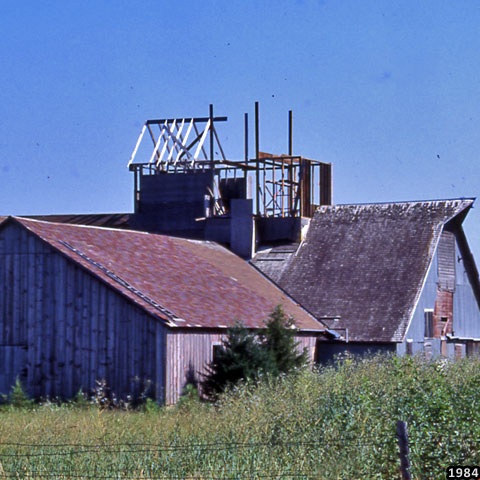 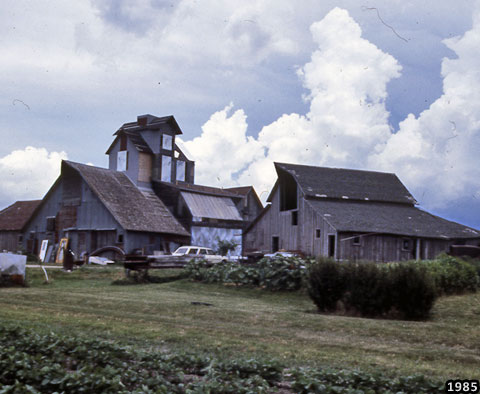 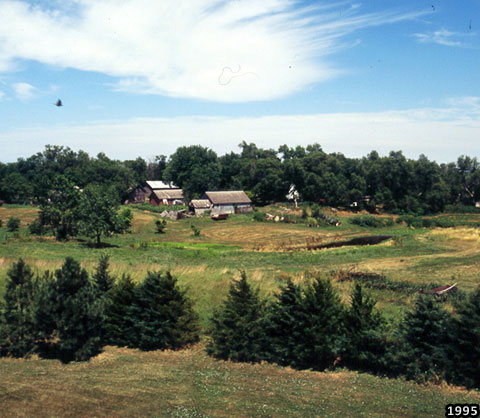 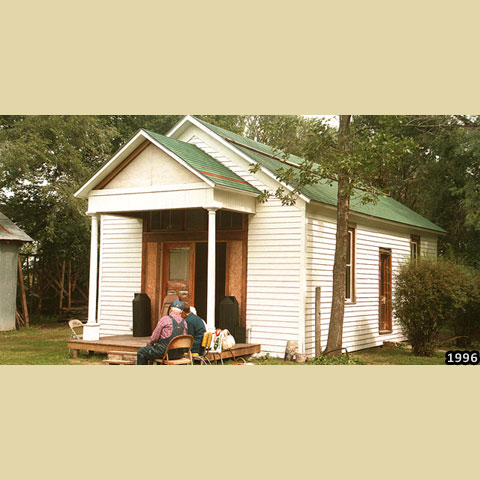 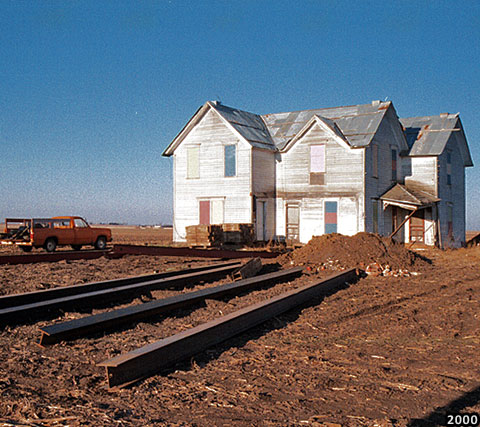 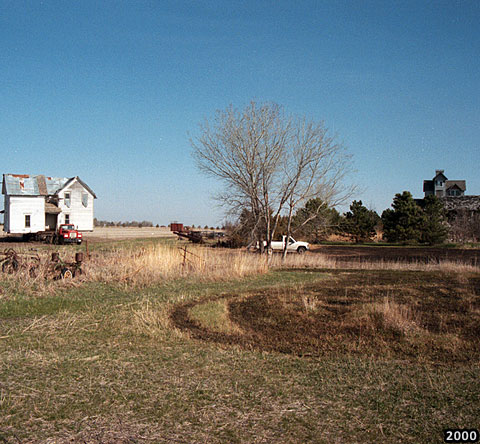 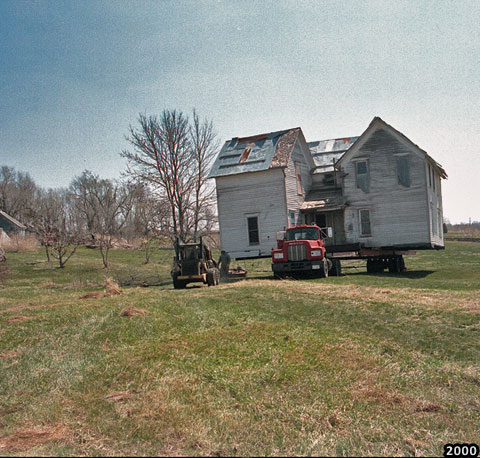 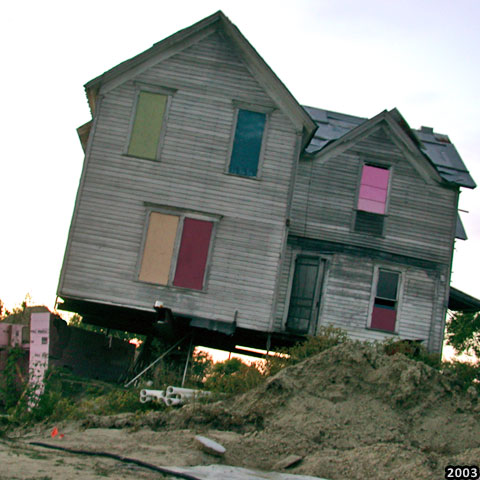 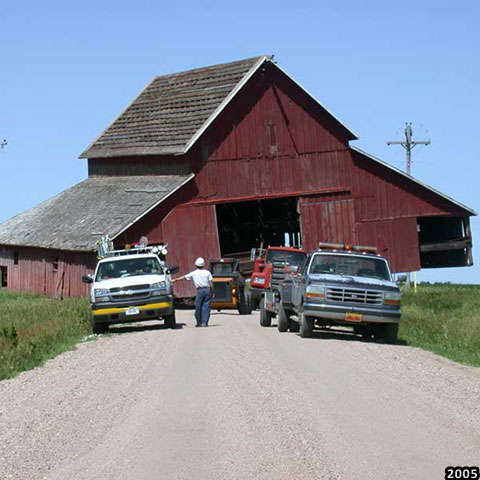 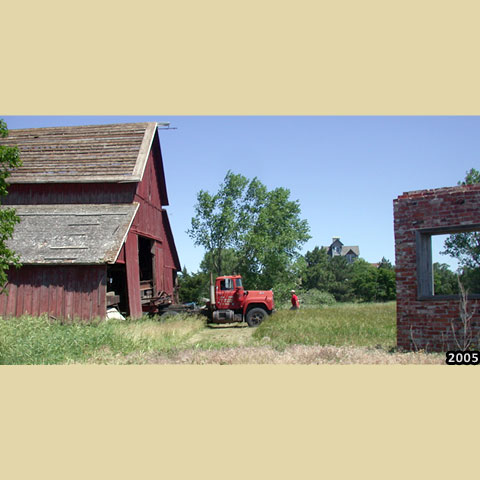 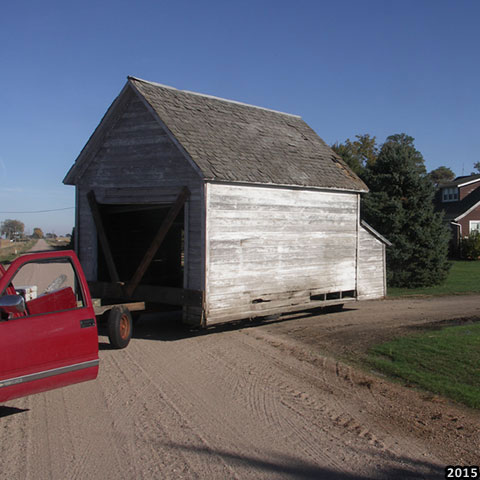 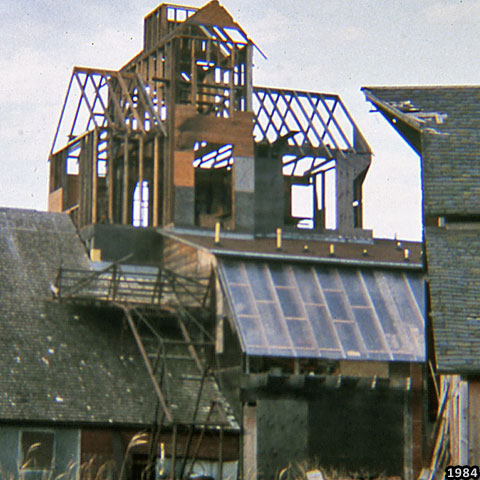 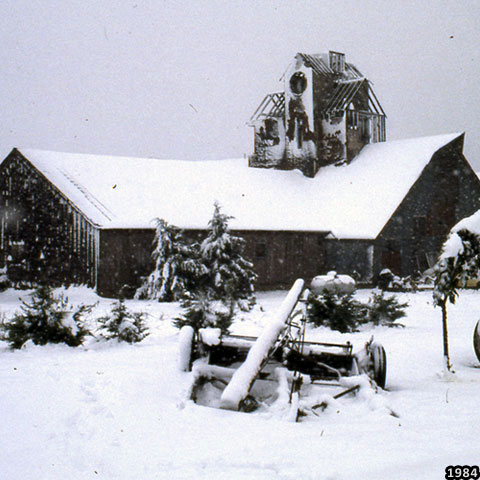 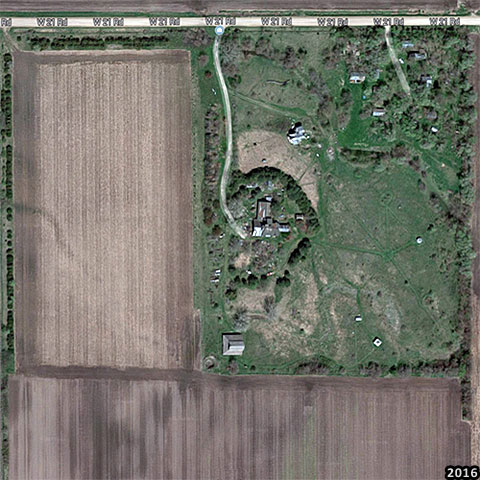 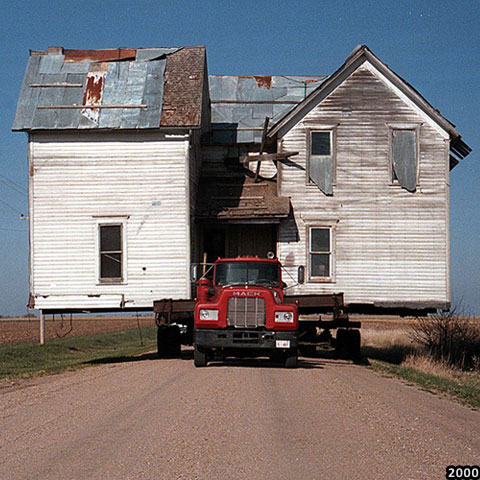 Art Farm is located in south central Nebraska approximately 140 miles west of Omaha—80 miles west of Lincoln. The nearest shopping centers are Aurora (12 miles south), Central City (12 miles north), and Grand Island (population 48,000) is 20 miles west. It is a working farm of moderately diverse agriculture, from corn and soybean to prairie grass. Art Farm and the surrounding area is part of a drainage basin forming the headwaters of the Big Blue River. The landscape varies from flat, to gentle rolling, to shallow wetland basins mainly hidden by cornfields. Two miles northwest of Art Farm is the Platte River where the flat landscape changes into clay bluffs. There is not much elevation change for miles, so as you can tell from the images, you only need to look up to experience the basic forces of nature.

Art Farm was officially established as a non-profit artist residency organization in 1993, however the groundwork for its existence has been evolving since the mid-seventies.
This is a brief history of some seventeen buildings that have been moved to Art Farm from nearby farms since 1974, saving them from destruction by their owners. Central to Art Farm is a 12,000 square foot barn complex: A project, stretching over seven years of moving five barns and joining them into one unit. More than just buildings moved—with each barn came a story: one farmer might recall how once during the 1930’s locusts devoured nearly everything—including all the paint on one barn; a second farmer might point to the areas on another barn he repaired after damage from lightning strikes. The barns are from 60 to 130 years old and within their structures, they tell a visual story of an owner’s attempts to adapt with changing times. These structures follow the tradition of vernacular architecture based on pragmatic observation and function. Barn builders adapted a plan and a shape from a general concept and then individually modified it to serve their needs. In that practice, the work at Art Farm of restoring, repairing, and converting barns for living and studio space continues. Because of its size and ever changing shape, the barn complex is now known as, "The Mutant Little House on the Prairie”.
Another structure is a house called Victoria, built approximately 125 years ago, circa 1890, and years later, a two-story addition was joined to it, which became the kitchen with a bedroom above. An interesting observation is that the lumber to build the addition is the oldest in the entire building leading to speculation that another farm building was the lumber source. As with many rural families, the first floor was where the family lived their daily lives and the second floor, which were bedrooms, were reserved exclusively for guests. If the rumors are true, the family living in Victoria never once used the upstairs rooms. After the original family sold the farm to a neighboring farmer, who briefly rented it out for a few years, it remained abandoned for 54 years and became the select domain of invading raccoons. Standing alone in a field of corn, one mile by crow flight from Art Farm and when it was purchased In 2000 for $400 from the landowner, the process of moving it to Art Farm began.